What Does the Future of Online Share Market Behold?

The stock markets have been rising quite rapidly over the years. However, the domestic market has entered a correction mode after it had reached the 10,000 marks on Nifty. The market had been on a roll over the last few quarters.

This was through the ongoing reforms made by the Government, the good monsoon season and the positive sentiments that had been seen all over the globe. The market had offered some severe wealth for the investors across the different segments – large-cap, midcap and small-cap, equally. 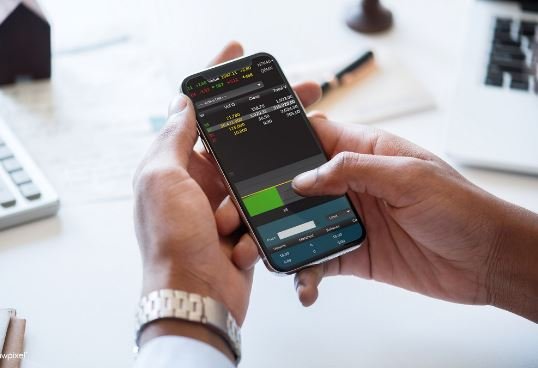 Questions are arising if the market would be rising any further. Would it be wise to invest in the market any longer? It is true that the Indian economy has witnessed a lot of economic reforms in the last few years. These reforms had been quite disruptive and transformational.

However, they have had a structural impact on the economy which would accelerate the expansion in the future. The changes had been quite successful and had resulted in increasing political clout. The government could take a few more hits and improve the health of the economy.

This would make the economy ready for a long haul and offer great performance in the years to come. The online stock market is improving, and the GDP has crossed several margins.

Economic reforms have paved the way for growth

The markets have underperformed recently, but it can be expected that the equities would grow about three times in 5 years. The reason for the underperformance could be the soft patch in growth. The weak spot had been anticipated quite a while back, but it was not entirely relevant due to the emerging market rally.

The relative performance had started to drop months ago but not in absolute terms. However, that happened as the EMs begun to correct a little.

The soft patch would not last much longer though. Things are getting back on track. The forecast for the markets had been much worse than what has come to pass. This means that the markets have already started to heal even after the two significant blips – Demonetisation and the GST.

If only the effect of the Demonetisation is considered, the market is recovering quite rapidly. The revenue growth is high, and the earnings are accelerating. The margins have started to expand. Then there has also been the introduction of the GST, though it had not given that hard a hit.

The earning cycle seems to be completely new in a way. Since the March of 2009, the Nifty had made successive highs and lows, higher bottoms and tops. It has already multiplied five times, and it is going to rise further.

The market rally has adopted an old stance

The market rally was similar to that between 2003 and 2007 where the Nifty had climbed from 1000 to 6000. All participants had gathered wealth, starting from the real investors to the domestic and foreign institutions. This means that there had been an underlying growth in the economy.

Exports and houses are driving only 25% of the GDP as many as 1.25 billion people. The per capita had grown about 5.7% over the last ten years. India is a vast consumption destination with the demographic dividends favoring the country.

65% of the Indian population is in their working or earning age, while 29% is below 15 years. The rest are above 64 years of age and can be considered to be mostly unemployed.

This demographic dividend would favour investments in share market online over the upcoming decades. India is at a sweet spot now, and the developed nations had been at this place at some point. The USA experienced this in the 80s while China did in the 90s.

Chances of development are high

The high proportion of the young population guarantees higher productivity and more abilities to take risks and a higher expenditure to savings ratio. This, in turn, drives demand and lead to higher consumption, continuing the virtuous circle. Also, the consumption industry is vast.

The rural population is quite large and is almost the size of entire Europe. There are lots of young Indian consumers which is higher than the combined population of Russia, Brazil, the UK, and Germany, while the middle class is more than the entire US population. Thus there is a very high potential consumer market. Therefore, there are very high chances of growth in the future.

The infrastructure is pretty pure if compared to the developed nations. There is a massive disparity between the infrastructure with the developed European countries or the US. Thus, a lot of capital can be put into developmental works like construction of highways, all-weather roads, seaways, waterways, bridges, and mass transit system.

There is also the opportunity of building smart cities, which would be equipped with the required amenities for a quality life. This means there are lots of scopes for development and there is the population who can be the consumers of such products.

This shows that there can be considerable growths in these sectors which equates to very high promises for the online stock markets. The companies would be generating revenues from the public eventually.

The workforce is also at a great place to capture the global opportunities. The current generation is well-educated and speaks English. Thus it can tap into the opportunities in the IT sector of the global markets. There software companies, both homegrown and the MNCs, have created a niche in the global IT industry.

The various industries are reaching their respective peaks like the leather industry, auto engineering, textiles, pharmaceuticals, and others.

All of this shows that despite the current fall in the market, which had been a result of global distortions or economic reforms, the economy is growing due to several factors. According to predictions, the online stock market would continue to increase due to the endless possibilities lying before the businesses who want to give it a chance.

The economy will benefit from the domestic consumption and the global demand. Thus, there is good visibility of growth opportunity for the industries operating in the different spheres of business.