Year 1991 saw the release of a huge Hollywood blockbuster titled Terminator 2: Judgement Day. It became one of the most iconic action films of that decade. The sequel to the first Terminator film, this one had Arnold Schwarzenegger returning in the form of a cyborg from the future, however, with the mission to protect John Connor this time around (rather than killing him). 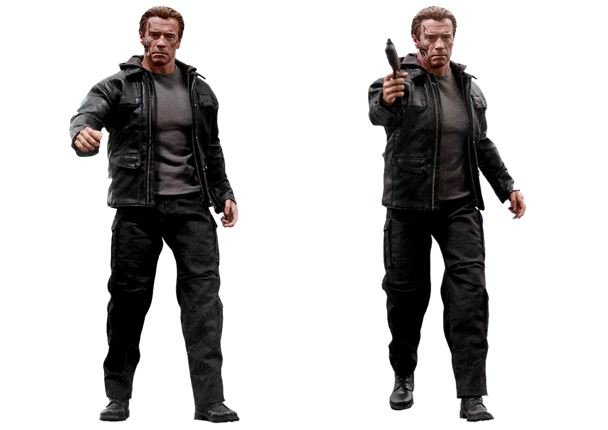 An online slot game based on Terminator 2 was always on the cards and was eventually developed and released by Microgaming, a highly reputed name in the casino game development world. Terminator 2 online slot became a huge success and had amazing bonus features and action graphics. You can check out this game at all the reputed Microgaming-powered online casinos such as Wild Jack real money online casino. Let’s now take you through the features of this game.

Terminator 2 online slot has 5 reels and offers 243 ways of winning, implying that the matching symbols only need to be on the adjacent reels from left to right (rather than being in any specific pattern) to form a winning combination. The game has a very robotic and metallic feel and mostly has silver, black and blue colours. The sound effects and music is directly taken from the movie.

The 5 primary symbols on the reels are represented by the main characters of the film – Sarah Connor, John Connor, new T 1000, original T 800 terminator and Arnold himself. The playing card symbols form the lower values in the game.

The wild symbol is represented by the fiery T2, while a glowing blue energy ball represents the scatter symbol (which activates the free spins bonus round).

Free spins – Anytime you get 3, 4 or 5 scatter symbols anywhere on the reels, you’re awarded 10 free spins. These spins are triggered automatically and an extra row gets added to the reel-set during the spins, implying that the total number of winning ways increases to 1024 from 243. While you can’t automatically re-trigger more spins in this feature, the T 1000 has the ability to transform into other characters, offering the possibility of highest-possible wins!

T 800 vision – You can win this prize randomly any time during the base game. In this bonus feature, the game screen will turn red and you’ll see a target moving around the reels, winning your cash prizes whenever it lands on the higher value symbols. You also win 10 free spins if there’s at least one scatter symbol on the screen.

Pay table achievements – Anytime you get a winning combination consisting of standard symbols, it gets noted as an achievement on the pay table. Although you might not get any real benefit from this, it can help you track your progress in the game.

On the whole, Terminator 2 online slot is a fairly impressive online slot title from Microgaming. It effectively combines amazing sound effects, good action graphics and plenty of bonus features to create an overall enthralling gaming experience for the players.

What Will Get You Kicked Out of a Casino?

Great Gamblers In India: Names You Should Know

How to Maximize Profit When Playing Online Casino Games With Real Money?