So far 2018 has turned out to be an amazing year for Bollywood and we, the fans, could not be any happier. With each upcoming movie, Bollywood is setting the benchmark way too high for the forthcoming ones.

One such achievement that was made recently is the song Aankh Marey from the movie Simmba reaching a Billion views which is a pretty big milestone for a YouTube video. 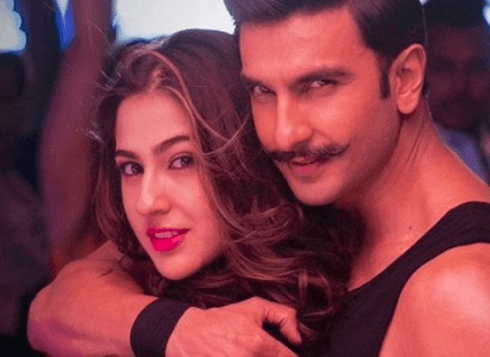 It does not stop there, ever since the movie was announced to the audience, Simmba made the headlines on multiple occasions for all the right reasons. So, today we are rounding up some of the records that Simmba broke and is still breaking in 2019.

Before we look at all the successes of the movie Simmba, here are some trivia about one of the most successful commercial movies of recent times. Simmba is a masala film that dropped in the theatre on 28th December 2018. The movie was directed by one of the acclaimed directors of Bollywood – Rohit Shetty.

Simmba revolves around the life of a cop Sangram “Simmba” Bhalerao who becomes a police officer just to enjoy an unethical life but due to a series of events he chooses to change his path and fights for justice. Now that you have some insights about the movie, let’s get started with the records.

Songs: If you know anything about Rohit Shetty movies, then you would know that songs, action sequence and dialogues are the most prominent elements of his movies and Simmba is no exemption to this. Just like his other movies, all these three elements were well received by the audience.

The proof of that can be in the view counts. Currently, the song  Aankh Marey itself has over 528 million views and its lyrical video have over 491 million views.

This adds up to a whopping 1 Billion views in total and stands beside other most viewed songs like Swag Se Swagat from Tiger Zinda Hai, Kala Chashma from Baar Baar Dekho, etc. Even the romantic track Tere Bin reached a whopping 213 million views which is another cherry on the cake.

Trailer: Ever since the news of Ranveer Singh acting in a Rohit Shetty movie hit the limelight, the fans of both the personalities got very excited for the movie. The fans got even more excited when it was announced that the Kedarnath fame Sara Ali Khan would be paired opposite to Ranveer.

The internet was bombarded with tweets and posts about this upcoming movie. Hence, as soon as the trailer came out online, the fans went bonkers and watched it on loop. This is very evident from the view count the trailer has on YouTube. Currently, the video has over 69 Million views, and this is quite remarkable even for Hollywood standards.

Box-office Collection: It was never a doubt that this movie would perform exceptionally well in the theatre. This mostly has to do with the fan base of all the cast and crew.

This movie became the biggest hit of Rohit Shetty when it crossed the lifetime collection of Chennai Express. This just goes to show that if you give the audience what they want and they will do everything to make it a hit.

This movie has everything Bollywood fans expect in a good mass commercial movie. The people behind this movie have made sure that the audience leaves the theatre with a huge smile on their face. If you are one who did not get to watch the movie in the theatres, then you must definitely check it out on ZEE5.